Sete apartments for long term rent France by the coast

The busy port town of Sete is a popular destination for customers looking for long term rental properties on the Languedoc coast. Don't be put off by the slightly scruffy outskirts to the town, in the centre you will find some beautiful old buildings built around a canal system. We love Sete and it has become one of the fastest growing property hot spots in the Languedoc. Sete is a good place to find apartments for long term rent in France. There are 3 main reasons I can think of why Sète would make an excellent base for a long stay in France:

The town of Sete is located about 20km south of the city of Montpellier on the Mediterranean coast. The town is wrapped around around the rocky hill of Mont St-Clair, with its houses being built high up onto the hilltop. To the north and south there is a sandy coastline and to the west there is the Etang du Thau, a salt-water lagoon that is famous for harvesting mussels and Oysters. The old quarter of Sete straddles the Canal Royal, the site of the famous water jousting championships in the summer and the home of lots of good restaurants and bars. Sete has a population of around 43,000 and it is well equipped with shops, schools, hospitals and a range of other services that you might need during a long vacation here. 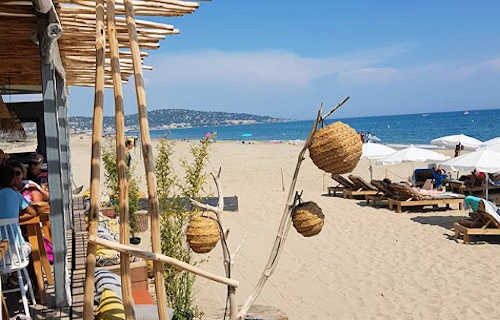 The regional government has spent a small fortune redeveloping the beach facilities of Sete, including widening the beaches themselves and introducing more parking facilites. There are two small rocky beaches (closest to the town) and then a long expanse of sandy beaches that stretches for 20km all the way down to Marseillan Plage.

Sete grew rapidly during the late 17th Century due to its links to the Canal du Midi and the Canal du Rhone. Sete has a size-able Italian population, with many Italian fishermen emigrating to the town from the areas of Cettara and Genoa, during the 1860's. These fishermen had particular skills in trawling for anchovies, which is the staple catch in Sete. The Italians brought with them their own culinary dishes, which has led to the creation of the famous tiele from Sete, a spicy pie made from Octopus and achovy.

Sète, was also the home town of two important French cultural figures - both born of Italian heritage. The poet and writer Paul Valéry was born in the town and his celebrated poem Le Cimetière marin is about the sailors' cemetery in Sete (where he later requested to be buried). There is a cultural centre dedicated to Valery in Sete, as well as a prestigious university in nearby city of Montpellier. The other famous son of Sete, is the song-writer Georges Brassens. There cannot be a single primary school in the whole Languedoc region that is no named after Brassens. There is a museum dedicated to Brassens life and works in the centre of Sete.

Sète has a famous football team which has won both the French league and cup title twice. In 1934, the football club became the first team to win the double in France (league and cup champions). Since then, success has been a bit lean and the team is now a mainstay of the French second division.

Right, well this really has to be witnessed to be believed. It is one of the most unusual sports I have ever seen. Water jousting consists of two huge rowing boats with about 10-15 rowers in each. Both boats start at opposite ends of the canal and row towards each other at great speed. At the back of each boat, there is a ladder which rises up and on here site about 4 fat blokes. One of the said 'fat blokes' then stands up and with a shield and jousting pole, tries to knock the 'fat bloke' from the other boat into the canal. That describes the basics of the sport. I think that there is also a complicated scoring mechanism, but you get the gist of the rules.

What this description doesn't convey however, is the whole spectacle surrounding a water jousting event. All the 'contestants' are dressed head to foot in white. In a bandstand on the side of the canal, there is a full orchestra of pipers, drummers, tuba players and oboists; who play rousing tunes to get the rowers fired-up, as well as the watching crowd. If you have ever been to watch a water jousting contest, what you realise during the day is that the band's playing gets faster and faster in proportion to the amount of Pastis that they drink.

The local crowd really gets into the spirit of things (mainly Pastis, it has to be said). But it is a great thing to watch and especially during the summer Saint Louis Sete Festival - the main event on the Water Jousting calendar - the canal sides are packed with people in specially built grandstands.

The festival is held to celebrate the patron saint of Sete and it is usually held from the middle to the end of August. The whole of Sete comes alive during 6 days of the festival with fireworks, carnival processions and the bars and restaurants stay open late into the night.

There are a number of rival teams from within Sete itself and also local teams from the villages and towns located on the Etang du Thau all compete as well. So you will see teams from Meze, Marseillan and Agde all in attendance.

There are two internationally renowned music festivals held in Sete each year. The Fiest'A de Sete is a huge World music festival attracting over 30,000 spectators and covering a wide range of musical styles from North Africa and Europe. During the month long duration of the festival, over 70 artists play at 4 different locations around the town, including the fabulous Théâtre de la Mer, an open-air amphitheatre built on the banks of the Mediterranean. The Theatre provides fantastic views over the Mediterranean sea and the early evening shows are the best to attend, where you can watch the sun go down over the sea. The Fiest'A de Sete creates a real party atmosphere in the town. The festival is held during late July and early August each year. Please visit www.fiestasete.com for more information on the festival line up and dates.

There is also famous Worldwide Festival which is held in early July. The Worldwide French music festival is promoted by the DJ Giles Peterson. Aside from the live performances on the beach and at various venues around the town, there are also popular club nights at the Theatre de la Mer, where the crowd often join up with the DJ up on the main stage. The Worldwide Festival has been running for 14 years and is held during the first week of July.

So, all in all, Sete is a great town to be based in if you are thinking of living in France, either temporarily or permanently. We have a number of apartment available for long term rent in Sete, as well as the neighbouring towns of Meze and Marseillan.

You can see our full selection of available properties at Long term rentals Sete France. If any of these properties catch your eye, please make an enquiry through the property details page. The availability calendars are kept up to date, so please first check that the property is free for your dates.

We make the process of renting a property in Sete, France, very straightforward. We don't require a stack of paperwork like a lot of French rental agents. We simply ask for copies of your ID (passport) and some evidence of ability to pay the monthly rent (which could be a copy of your bank statement, employment contract, bank reference or copies of your current rental/home loan payments).

You can secure the property by paying a 1 month deposit (which becomes your security deposit for the tenancy). We personally visit the properties we advertise on Long term rentals in France, so we can answer most of your questions about the layout of the house and the locality. We can also arrange visits to the houses if you prefer. 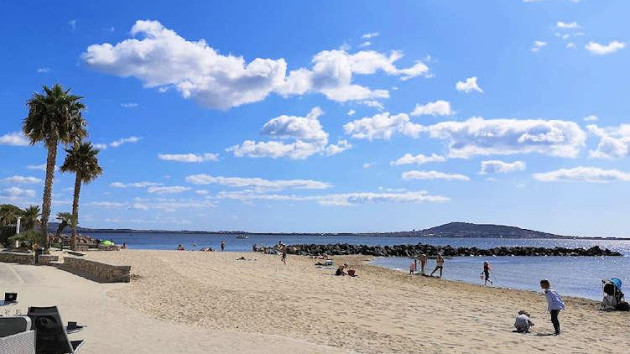 This lovely one bedroom waterfront apartment in Meze, South France is available for a long term winter lets between September to June each year. The apartment is located in the coastal town of Meze, just across the water from Sete. Meze is famous for its Oysters and Mussels, which are grown in the Etang du Thau salt water lagoon. It is also a popular centre for water sports and sailing. The apartment is beautifully finished and comes with all mod cons including secure entry and elevators (suitable for the elderly or disabled). The apartment features:

This large house to rent just north of Montpellier, is available for monthly rentals for 3-12 months. The monthly rent will depend on duration of stay.