Why did you move to France? 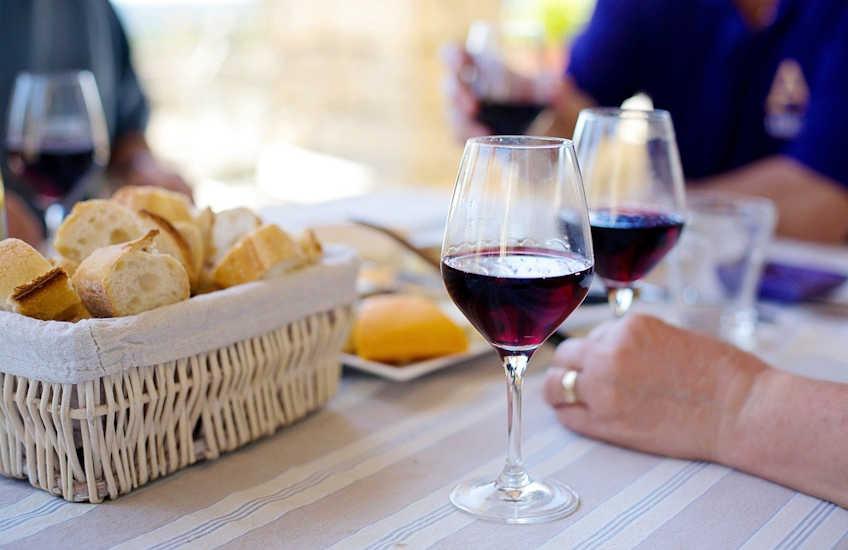 I was on a plane a few years back and the man next to me asked the same question that everybody asks when I have told them that I live in France: "Why did you move to France?"

Now I could perhaps understand it if I had said that I lived in Uzbekistan or Detroit or Wolverhampton. But I am often shocked that so many people are genuinely perplexed as to why someone would want to move to France. I suppose it is a case that if someone has to ask you why you would want to live in the South of France, then they may not even understand the answer if you try and explain it to them.

Obvious reasons for living in France

When I was asked why moved to France, I used to trot out some of the obvious statistics and reasons for living in France, such as:

But the problem with using some of these obvious explanations for living in France, is that you just sound like you are working for the French tourist board. Often, people are really interested in the personal motivations that would take someone from a comfortable life and job in the UK, to go and want to try something different in France.

So anyway, this is what I told the man next to me on the plane about our reasons for moving to France over 15 years ago and our experience of living abroad.

Why move to France? 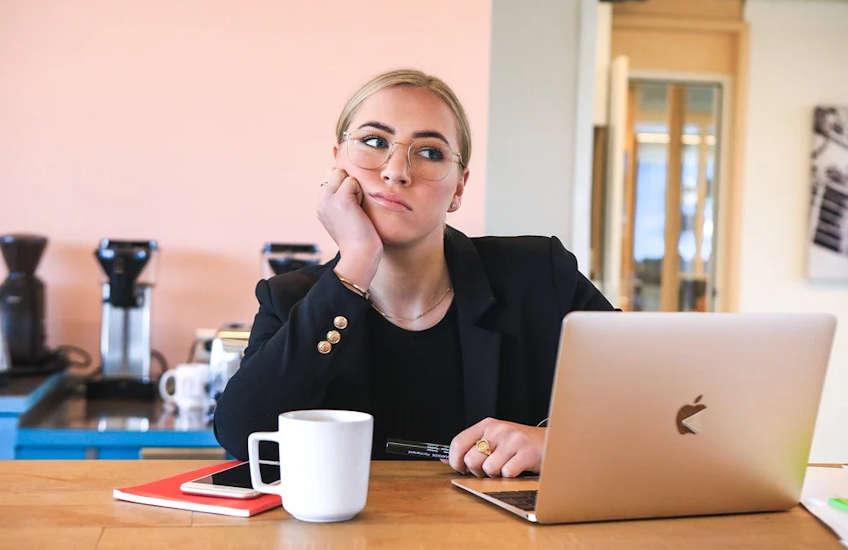 I explained to him that there was not a single event or issue, but rather a whole collection of circmstances that drove our decision to live in France.

I always stress at this point, that we are not a pair of slackers. My wife and I have always worked really hard and we still do. I have always hated that phrase Work-Life balance because it is often said by people who want to have a Work-Less balance. It is more that we wanted to work hard in a different way. We didn't want to wear a suit all day. We wanted to make our own decisions and not follow the crowd. We wanted to push ourselves and see the rewards come back to us in personal satisfaction, rather than just money.

I think with a lot of people, there are always push and pull factors for moving to a different country. I often characterize the Ex-Pat people we see living here in France, as either Runners or Dreamers. There are people who definitely had a reason to leave their life in the home country (divorce, financial issues, family, legal issues, health problems, etc, etc). These are the runners - they are being pushed away from their previous life. Then there are those people who have always had a dream of living in France or they have an idealized view of life in France. In my experience, these latter category of people tend to do best out of moving to France. Their motivation for remaining here is definitely stronger.

I think for us it was definitely a combination of both push and pull factors. What I would say is that the push to leave the UK and the life we had there, was definitely stronger than the desire to live specifically in France. We had always loved coming to France on holidays - but we had also enjoyed the time we spent in Italy, Central Portugal, Northern Span and Andalucia. But on balance, there was definitely a strong pull of living life in Europe and in the end, France ticked a lot more boxes than the other countries we considered. 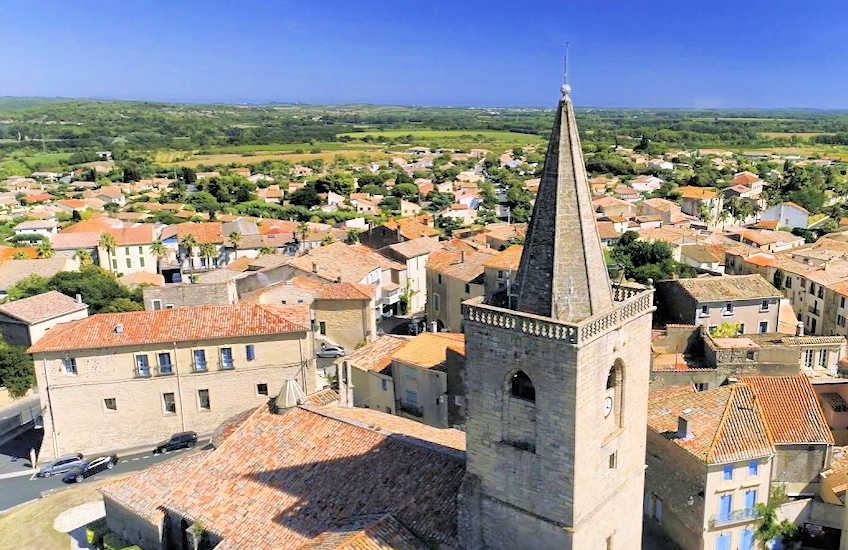 Our village in the South of France: Nezignan l'EvequeSo we set in motion a plan whereby we would cash in the kids University fund, sell my beloved Saab, rent out our house near Cambridge, UK; scrape together whatever money we could and really go for it.

We then started to consider which part of France we wanted to move to. We ruled out Northern France because we thought that the Weather would be too similar to the UK. We didn't really think that the Dordogne or the Alps were for us. We considered the Basque country, but again we were worried what it would be like living there in the Winter months. We really liked the Cote d'Azur near St Tropez, but we knew that this was going to be way too expensive to live for 12 months. Then some good friends of ours recommended the Languedoc. One of them had been on a school exchange trip to Beziers and she said it was amazing - full of palm trees, great beaches, vineyards, a fabulous outdoor life. The Languedoc is half way in between Northern Spain and Cote d'Azur, so we thought it was the perfect compromise. We then did some research on the transport links, cost of living, schools, climate, etc. And that was it. The decision was made.

We came out here the October before we moved (October 2005) and we visited 10 houses to rent in a weekend (that was when we realised that there was a gap in the market for advertising long term rental houses). We chose our house in Nezignan l'Eveque - where we still live - because it was close to a school (like 200m instead of 5km over a mountain) and also we really liked the look of the local town, Pezenas. The beaches were 15 mins away and the city of Montpellier was 35 mins up the road in case we needed some city life.

I told my boss just before Christmas 2005 that I was leaving in 6 months time. He was utterly speechless, he just couldn't comprehend it. I left his office and about 15 mins later he came down to my office and said "look, you are going to have to explain this to me again". He clearly thought that I had gone insane.

So on the 30 June 2006, I packed up a transit van full of our stuff (and the cat) and I headed down the M11 motorway towards Dover and took the ferry across to France. Jane flew down with the boys and we started our new life in France. We never really planned to stay here forever, but it has sort of turned out that way. Our plan was just to come here for a while, chill out and then we would return to England and I would look to find some different work or start a new business.

We initially rented a house for 14 months. We put the kids in the local school and sorted out various sports clubs and activities for them to do. We also picked up some casual work painting houses, cleaning, gardening - you name it, we did it. We also started up a couple of businesses when we arrived and through that, we toured around most of the South of France. Then when we were getting towards the end of that initial 14 month period, one of our businesses started to work really well, the kids got really good at French and seemed to be happy here and we had met some amazing French friends. So we decided to stay for another 12 months, so that the kids could really master the French language (and have a gift for life) and also to see if the business could make us both a living.

And that really is the story. We never left the village we initially moved to in France. We still have the same French friends. Our kids have been through primary school, secondary school and now University her in France and they still all have the same group of friends that they met in their first weeks of school. 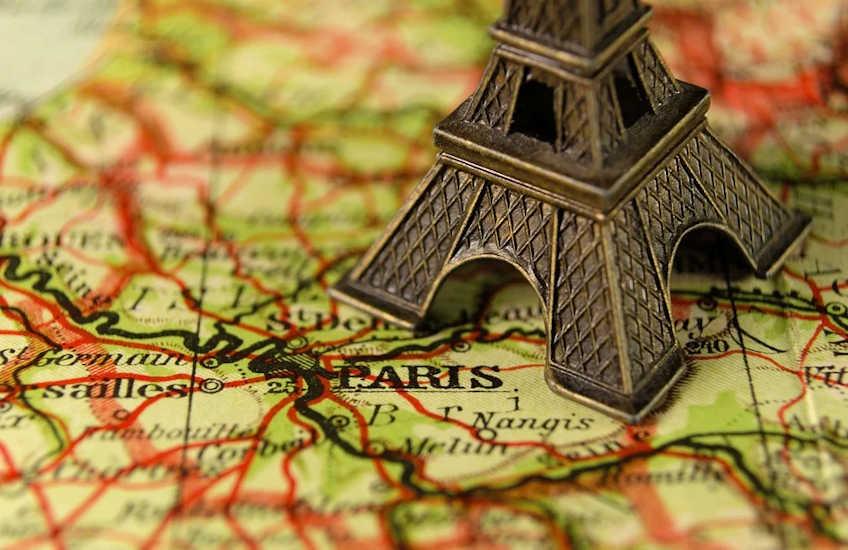 I don't want to portray this as totally a dream move. We have had some bad days of course. When you are both self-employed, you realise that cashflow is King. When you are standing at a supermarket checkout and you are wondering whether the card payment will go through (and when it does, you just smile at each other and then run out of the shop as quickly as possible) - it really teaches you the importance of having some money behind you.

Similarly, when your builder puts the foundations for your house in the wrong place (because he has the site drawings upside down!!!) and this then leads to an 18 month battle with the Planners and then a 10 year legal case against the Builder - you also start to question why did we ever do this?

But those days are few and far between. We have made some great French friends - truly friends for life. Our kids are now fully-French, with a quarter Scottish thrown in. Over time, you tend to enjoy the weather more in the Winter than the Summer, with glorious blue sky days stretching throughout the year. We don't always get our balance of working how we would like - we are working harder than ever - but we are certainly more satisfied, without necessarily being richer. I cannot think of a day when I have dreaded getting up in the morning and I do still get to wear a T shirt to work everyday!

Planning your move to France

If you are planning your own move to France and you need some further information, we have written a number of in-depth articles about applying for a visa for France, setting up your healthcare, finding a place to live in France and the process for buying a house in France.

Find out the Best Places to live in France in 2023

For more information on Moving to France, please visit: